In an exciting announcement for New Zealand Motorsport fans, female speed sensation Avalon Biddle will return to the World Superbike paddock in 2017. 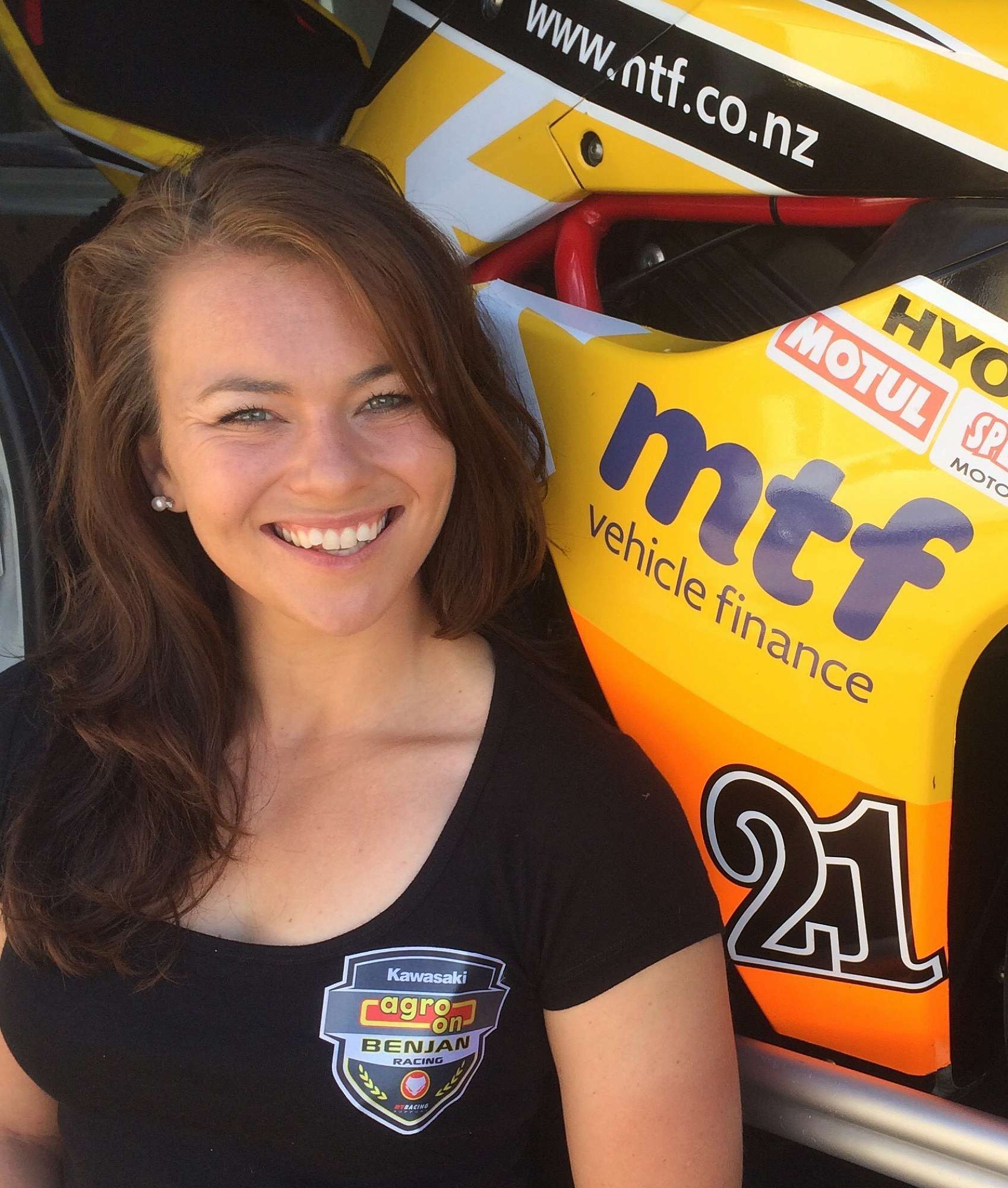 Taking a step up to race in the all-new World Supersport 300 championship is an exciting prospect for the well-experienced Kiwi. Biddle, who has won the FIM European Women’s Cup for the past two years running, will now be competing amongst some of the fastest males in the world as one of only two females entered in the whole World Superbike Championship which kicks off in April.

Riding for Sourzfoodz Benjan Motorsport, a very experienced Dutch team also contesting the European Stock1000 class, Avalon will compete in the 9 races throughout Europe aboard a Kawasaki Ninja 300. Backing from New Zealand owned and operated finance provider MTF, along with amazing support from others ‘Down Under’ has allowed the flying kiwi to take up this opportunity – a dream that started over 10 years ago.

“Since beginning in racing at a go-kart track here in Auckland, one of my biggest ambitions has been to race in a World Championship. To compare myself against the best in the world. The new Supersport 300 class is going to produce very close racing and I’m looking forward to getting my elbows out amongst the action – fighting for that World Championship title. It is the perfect place to showcase SoursFoodz who are making this possible and also all my personal sponsors, especially MTF.”

It has been 17 years since a New Zealander competed full time in the world championship. The changing face of the sport requires such commitment from competitors who not only have to have to talent to cut it out on-track, but able to come up with the goods off-track and with the media.

”I’m really grateful to everyone who has chipped in to make this possible. We will still be fundraising to help cover the huge costs of racing a World Championship over the coming weeks, as well as competing in the final rounds of the 2017 New Zealand Supersport Championship. Racing here at home over past couple of months means I have been able to stay race fit over the European winter. It’s exciting to be heading back in Europe to ride the Ninja 300 with this amazing team and I’m confident that together we will be competitive in 2017!”

“As Avalon’s major New Zealand sponsor, MTF are proud to be able to support Avalon in the 2017 300cc World Supersport Championship. Avalon is an extremely talented and dedicated racer, with a drive to succeed that is second to none. As a New Zealand owned company, continuing our partnering with Avalon as an ambassador for our brand was an easy choice. We are excited to see her perform on the world stage in the coming season.” – Ian Timperley – Marketing Manager MTF

Keep an eye on Avalon as she races around the world circuit at www.avalonbiddle.com